The Internet of Things: Digital Whiteboards 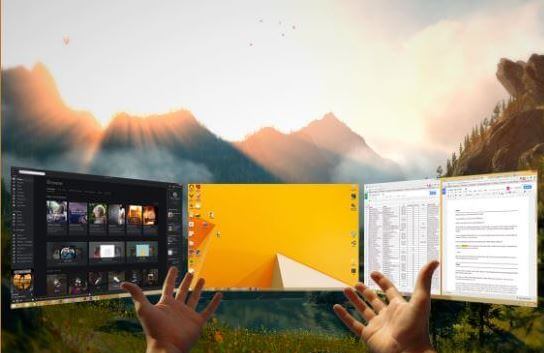 We live in the modern age, where everything that has an off and on switch can and will be connected to the internet, and soon also the blockchain. It is the revolution of the digital age, where an alarm clock that’s connected to the network can wake you up in the morning and communicate with your coffee maker and have it start brewing your morning coffee. In theory, it seems like digitalizing everything and connecting it to a network or a smartphone will make our lives not only easier, but more interesting too.

The one field where this will have the biggest impact is of course, education. Lectures, lessons, think tank sessions, mind mappings and other means of writing, sketching, planning and designing will never be the same. Digital whiteboards, for starters, have become the most adapted method of relaying ideas and creating and sketching mind maps. They are used more and more by lecturers at universities and conferences, and by think tank meetings and business meetings in modern companies and firms, especially when the focus is on designing a new plan, or coming up with a new design about a product or a process.

Relaying ideas during a lecture or a meeting has gone through an evolution: from blackboards to whiteboards, and today, to digital whiteboards. A digital whiteboard makes the process of relaying ideas more enjoyable, and enables the users to incorporate images and photographs into a lecture in a much easier way, and the quality of the image projected onto the whiteboard or flat surface, gets better and better as technology advances more and more.

What possibilities are we looking at? For starters, there is the possibility of connecting a whiteboard to a computer, and drawing directly on it from your computer. Additionally, more than one user can be connected, and input ideas on a single whiteboard. There is also the possibility of saving every image and every step of the sketch, while on a traditional whiteboard, you only get to keep the last image.

As a special feature of digital whiteboards are interactive whiteboards. They function the same way as ordinary digital whiteboards, with the difference that instead of using a computer to draw anything on it, you can draw directly on the whiteboard. There are several improvements that are enabled by the interactive whiteboard. First of all, you do not need to use a whiteboard – any flat surface will do – be it a wall or a floor, or even windows and glass, although this might impact on the quality of the image. Second, you can draw directly on the surface, and the image and sketches will be saved to your laptop the same as ordinary blackboards.

This improves the interaction between the lecturers and attendees at lectures and lessons at conferences and universities, but it also improves upon the communication and inclusion of each and every member of a think tank or meeting.

Security and other drawbacks

One of the biggest drawbacks of having many objects connected and interacting via a network is the possible lack of security. For example, the network can be breached through them and someone could get access to a lot of information if they manage to enter the network via the objects that are connected to it. In other words, if someone gets access to a digital whiteboard connected to your computer, they could access everything that’s connected to the network, including your laptop and smartphone. This means that important innovative designs and other intellectual work could get into the hands of other people, thus creating many problems for any company or individual.

Another drawback is the technological aspect of relaying information, and using too much technology in our lives. This can have a negative effect on lectures and meetings, with people being unable to focus and express their ideas unless they are doing so manually with traditional whiteboards. Also, people’s attention might be drawn elsewhere and the digital whiteboard drawings might not be able to keep people focused on what’s expressed on it and miss out on the crucial points of a lecture. This is probably one of the many reasons why old-fashioned, traditional whiteboards are still very much present and will probably remain so in the near future.

There are many benefits from using old-fashioned, traditional whiteboards. To start with, today, you don’t need to have a special board where you can use whiteboard markers. You can use quality whiteboard paint and turn any wall into a whiteboard surface. As such, it can be used at home or at the office, and having a full wall ready to be used can increase a person’s productivity and creativity, leading to many new ideas and projects which would not be possible if you need to set up a network, a projector, and laptop in order to use a whiteboard. With old fashioned whiteboards, you have an idea, you can grab a whiteboard marker and present that idea immediately on a whiteboard.

Another benefit is the colors – from transparent to blue, red and any other color, and anyone who is familiar with color psychology knows that blue can increase productivity, while green can enhance creativity. Thus, you do not need to sacrifice having a wall as a whiteboard surface in order to color your home office space into the color you need – the whiteboard surface can be painted in any color.

In conclusion, while there are many benefits to the internet of things in general, especially in the fields of education, having digital whiteboards that have 3D capabilities, interactive whiteboards where you can draw directly on the surface and have the sketches and drawings relayed and saved directly to a computer, there is also the issue of security. Thus, in order to keep productivity at an optimal level, and to maximize on the benefits of using a whiteboard in meetings and lectures, traditional whiteboards are still necessary and will continue to be used in the near future.