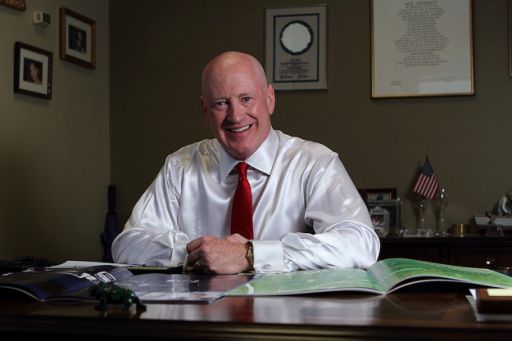 In this world of crazy innovations, one theme has been the new trend hitting the markets the last few years. 3D technology has provided us with the most insightful and revolutionary inventions and creations known to man to date. 3D technology has boosted our experiences in ways that we could’ve never imagine. There is amazing advances in themes like 3D printing, in which people can produce ANYTHING they want, from tables to retainers to shoes. But like all creative and new innovations, there can always be a bad side to it. As we have seen in futuristic movies, such as I, Robot, the inventions and advances in technology we make can be used against us, they can turn on us. We have to be aware of this and keep a system of checks and balances so the situation does not get out of hand.

In the same way, of human made systems getting ahead of us, 3D printing can be seen and used as a way to create weapons and to cause destruction. A few years ago, when it became available to the public, 3D printing was causing a stir because it was being used to produce a multitude of guns and pistols. Of course, the widespread of unregistered weaponry amongst our population is as good as any reason to cause a stir in the world and an immediate fear of our own destruction.

Another form of 3D technology that is popping up and is also a new hit, (especially for the holidays) is 3D gaming and entertainment! Though it seems like 3D films in elected theaters have been around for most of our lifetimes, this form of technology is now getting into our homes. With new 3D televisions being made available to the public, one can enjoy the innovations of watching a movie in 3D in the comforts of their own living room! Not only does this mean that it changes the face and facets of family entertainment, it also raises the game in terms of other brand names and televisions to make this type of entertainment also available through their televisions. Like all forms of technological advancements, competition to sell and evolve more than other brands is always a great opportunity for advancement as a whole. It gives most of these brilliant minds the extra drive and push they need to really push the barrier.

With all the circulation of 3D technology and its growing popularity amongst the general population, it is only natural that there are investors quick to jump on the bandwagon of the latest craze. There are so many sections of 3D technology available to take part in that it’s a difficult path to choose which one to advance and spend your money and time on.

As seen through history, since the beginning of time, not only are people more and more intrigued by technology, they have also been completely immersed in the curiosity of a world that lies inside our world. They are constantly trying to advance a world inhabited by technology that may or may not cause a stir. When combining the two thoughts and world wonders, there can be an inexplicable junction and intersection between the two. Which leads us to the fact that there are people out there already trying to merge them.

A few of the sponsors and investors of a new form of 3D technology are aiming to spread awareness of artificial intelligence. Not only can these 3D innovations simulate and provide encounters and the evolution of artificial intelligence, it can also completely change the previous thoughts we are known to have about the way computers and technology works and its limitations. The investors that are involved in this project are a few organizations that one may not automatically think would be interested. But, as one can see, the curiosities of artificial intelligences can inhabit all different types of minds. The ones that are particularly invested in this project are:

Through their investments, these companies can pose specific instances or bring a broad type of awareness to the subject of the possibilities of artificial intelligence. On one hand, these human-made inventions that were created to advance our species and our lives into more practical or easier ways of living, could possibly be our downfall. But if they are controlled and managed in a way where a version of a world like I, Robot does not happen, then it’s safe to say that our world can truly benefit from this technological pioneering.

There are different levels to judge how “smart” the particular technology at hand really is. And through this test, called the “Al Test”, named after Alan Turing, (responsible for the Turing Machine and theoretical computer science. Judging how capable a piece of technology is and keeping it under control is a large component to being able to keep them also in check, so that an override of all technology pieces does not happen.

For instance, when self-driving cars are just around the corner or already available, we must ask ourselves, is this really the safest thing for our world? Though most of these advances were made to facilitate our human lives, how far is too far? It also spends so much money in regards to advancement. Though in the long run, this can save lives, or advance medical research in ways we could never imagine, it might also be the end of us. According to a study done by the International Federation of Robotics, “spending on robotics was $7.4 billion in 2000, $15.1 billion in 2010, and it is predicted to reach $66.9 billion in 2025. Global medical robotic systems market is expected to reach $13.6 billion in 2018.” This is not even the tip of the iceberg when we are speaking about all the technological advancements in our military and high established companies. This means billions and trillions more dollars spent.

The advancement and awareness of artificial intelligence is one of the most thought about, talked about, created and explored fields of our time. You can watch movies about it, read about and experience it in your lifetime. Through this, it’s no surprise that companies are investing into this theme as fast as they can.